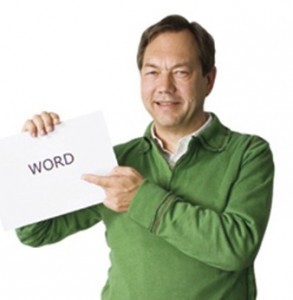 Ontologies change because the world and the interactions between people and the
world th ey live in changes. The language people use also changes, reflecting changes in the underlying ontologies but also causing ontological change and certainly helping to propagate such a change. This talk looks at evolutionary biology to see whether we can adopt ideas about evolution to think about and materialise ontological evolution in artificial systems. It also tells the stories behind sevral multi-agent experiments in which ontologies and language emerges, self-organizes and evolves in populations of humanoid robots.

Luc Steels has been active in many areas of AI since the late nineteen seventies when working and studying at the MIT AI Laboratory. In the early nineteen eighties he played a role in developing knowledge-level models of expertise which gave rise to the first ontologies. (See: L Steels(1990) Components of Expertise. AI magazine 11 (2), 28-49) Later on he was influential in the movement within Artificial Life towards behavior-based robots (See: Steels, L. (1993) The Artificial Life Roots of Artificial intelligence. Artificial Life journal 1 (1_2), 75-110). His most recent work is focusing on trying to simulate the emergence and evolution of language and meaning with physical humanoid robots. (See: Steels, L. (2011) Modeling the cultural evolution of language. Physics of Life Reviews. 8(4) 330-356.) Steels was founding director of the University of Brussels (VUB) Artificial Intelligence laboratory (in 1983) and of the Sony Computer Science Laboratory in Paris (in 1996). He is currently an ICREA fellow at the Institute of Evolutionary Biology (UPF-CSIC) Barcelona.