We are almost at the end of SSSW 2016 and the students are now perfectly in tune with the spirit of the school “Work hard, play hard!”.

The game is getting harder and even our runners have not heard the alarm, but no despair, just run quicker! 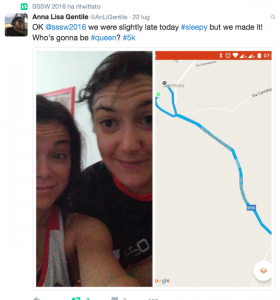 During the morning the students were inspired by the tutorial by Irene Celino and Tomi Kauppinen. 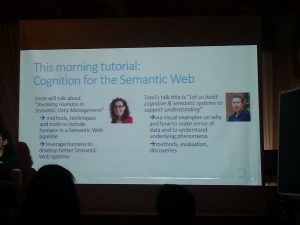 In the first part of tutorial Tomi focused on employing information visualization and data science methods together with human cognitive and motor-capabilities. The idea is to support understanding of different kinds of phenomena from linked data. He discussed this via visual examples on conference participation patterns, volunteered geographic information and data about universities. Indeed, spatiotemporal links allow for analyzing phenomena over time and places. For this he provided evidence that visual ways radically support creation of insight and understanding. He also argued about the importance of analyzing trustworthiness, reputation and intra-user agreement about crowdsourced data. 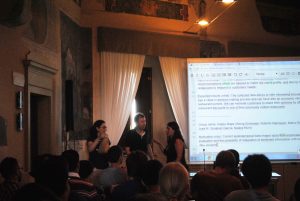 Irene introduced some concepts that are useful to understand how crowdsourcing can be employed (and has been employed) in Semantic Web research. She started with methods to involve people, by explaining the origins and the use of Citizen Science, Crowdsourcing and Human Computation. Then, she added more about a special intrinsic reward in people engagement that is fun: Gamification and Games with a Purpose are on the rise as incentives to induce people to cooperate and contribute. The application of those methods to the Semantic Data Management context was exemplified through Data Linking examples; finally she gave some recommendations on the attention points to take into account when applying those techniques, in order to maximize their effectiveness.

The concepts introduced in the tutorial were then lively tested by involving the summer school participants in a quiz game that challenged them about the tutorial topics… with very interesting and fun results!

During the afternoon students attended the invited talk by Giovanni Sartor. He introduced the basic concepts of argumentation theory, with legal examples. 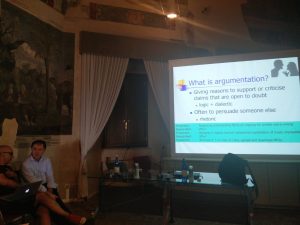 He showed how conclusions may be supported by cumulative, alternative or convergent premises, and how multiple inference steps, corresponding to different reasoning patterns can be merged into arguments.  He addressed how implicit premises (enthymemes) may be elicited to counter objections and distinguished conclusive and defeasible arguments.

He then considered the dialectical interaction of arguments, distinguishing various patterns of attack that may lead to defeat: attack on premises, on conclusions and on inferences.

He gave some indication of models for abstract argumentation, namely, on procedures for computing the dialectical status of arguments, as justified, overruled or defensible, on the basis of the existing attack relations.

Right after the invited talk all the students were busy preparing some fun videos to show during the gala dinner, involving tutors and directors. 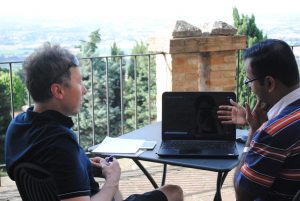 The dinner took place in the beautiful garden of the castle with an amazing view on the valley. 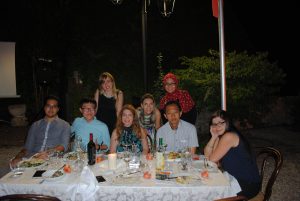 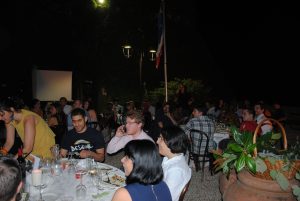 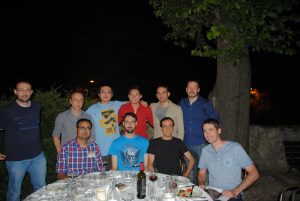 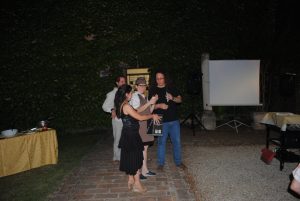 As SSSW tradition, at the gala dinner we randomly pick one of the participants to deliver the dinner speech. This year it was the turn of Axel Polleres who delivered a brilliant performance with help of his little ukulele. 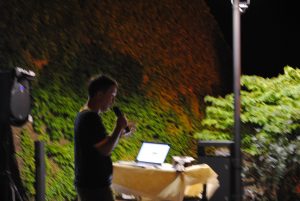 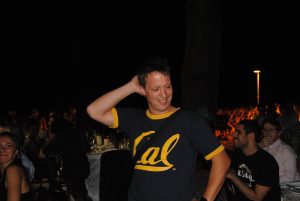 After dinner the party started: the directors, Mathieu, Oscar and Valentina played the role of DJs and all the students became skilled dancers. 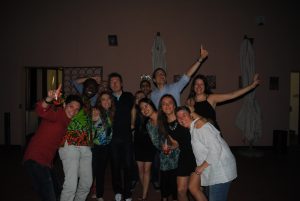 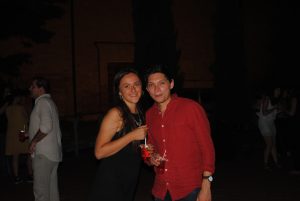 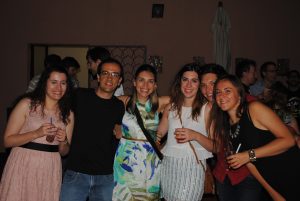 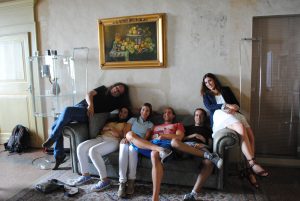 We are almost at the end… Another logbook monday with the mini-projects winners!